skip to main | skip to sidebar

Welcome to Christian Carnival CXVIII. It's the week after Easter (or Resurrection Sunday, if you prefer) and it's time for us to have a little vacation. Maybe take in a little fresh air out on the open sea. So, climb aboard. We're expecting you. Here's hoping that you've set a course for adventure and your heart on a new romance.

That's right, it's the Love Boat Edition of Christian Carnival, with posts assigned one member of your ship's crew for supervision (in case we have to man the lifeboats). So why not begin at the top? Introducing your ship's captain: 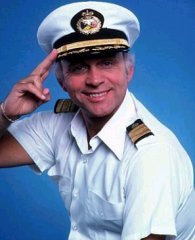 That's Captain Merrill Stubing. He's an old hand on board this ship. Making sure of a safe journey is his number one priority. He will be our guide through a series of posts about the event which enables us a safe journey to heaven -- Christ's passion, crucifixion and resurrection.

Lyn from Forward Thoughts starts us off with an Easter sermon/meditation entitled, With a Word.

Given the assignment of sharing about one of the seven "words" of Christ, Brendt of Musings from Two-Sheds Gomer examines, “Assuredly, I say to you, today you will be with Me in Paradise,” in a few thoughts on one of the "words".

From Ruth of Ruthlace, comes this meditation called, Do You Know About Easter?

At Brain Cramps for God, John takes on Hope and Knowledge for Easter.

In What Brilliant Darkness, Dr. Bob from The Doctor Is In reflects on the death and resurrection of Christ in poetry.

At dokeo kago grapho soi kratistos theophilos, Richard state discusses the disappearance of Satan in Matthew and Mark and his role in Luke's Passion story in The Ruin of Satan.

Dadmanly posts An Easter Message from a MILBLOGGER returned from Iraq since an Easter celebrated in Mesopotamia. Read New Beginnings (Again).

At Adam's Blog, Adam applies the Easter event to other parts of life in Even So, Come Lord Jesus.

From Under the Acacias, What convinced the disciples of Jesus was not the empty tomb, but meeting the risen Christ. Keith Smith has worked as a missionary for 15 years in Burkina Faso, and considers the life-changing impact of such a world-changing event in The Empty Tomb Doesn't Convince Me.

And A Penitant Blogger brings this section to a close with Knew Not That It Was Jesus -- a reflection on Mary Magdalene’s encounter in the garden and on the encounters of our everyday life. 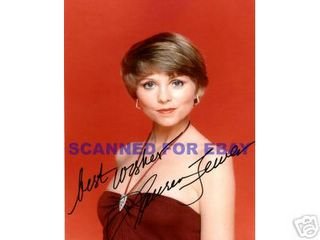 Your cruise director Julie McCoy heads up the next group. And since it's the Love Boat, let's talk love... and worship... and related issues.

Catez begins with March of the Penguins, posted at Allthings2all. Filmed in Antarctica during the icy blizzards of winter and the later warmth of spring, March of the Penguins tells two stories - that of the Emperor Penguins and that of ourselves. It's an epic journey that mirrors human experiences of loss and love, and tells of a timeless quest to create and sustain life in the beauty of God's design.

Such a Worm! Rebecca of Rebecca Writes looks at possible reasons behind a change that is often made to the words of the hymn, "Alas and Did My Savior Bleed?" 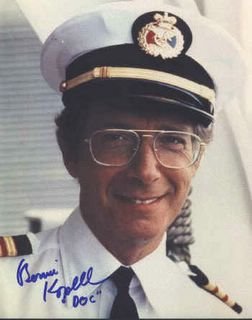 Feeling a little seasick? Doc Bricker will fix you up. And while he's at it, he will usher in a group of posts which touch on current events and cultural debates.

At Northern 'Burbs Blog, Ron completes his "untouchable" series examining the Dalits of India with Free the Dalits: So What Can I Do?

Why did crime go down in the mid-'90's...and what does the answer teach Christians about how to argue for truth? You'll wince at the answer to the first question, but maybe learn from the answer to the second when Byron from the No Kool-Aid Zone presents, Roe v. Wade v... Crime? A Lesson in Making the RIGHT Argument.

With Should Moussaoui Die? Professor Bainbridge Uses Avery Cardinal Dulles' theses on the morality of the death penalty, to ponder the question of whether Zacharias Moussaoui should be executed. 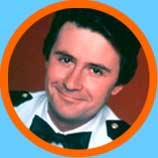 Tote that barge. Lift that bale. Fetch me another pillow and bring it to the Lido Deck, would you? Nah, never mind... Gopher will do it! Your ship's purser brings us a set of posts about that everyday trudge through life.

The Bible gives our language many expressions. The post, Cultural Literacy and the Bible, part 1, at Daddy's Roses examines a few of these.

Here's a look at the downward spiral that single Christians often take towards the bar scene from David at all kinds of time. Why Christian Singles Quit Going Out.

This Is Not Life! What does a cyborg killing machine know about human existence? More than you might think, according to the post from Light Along the Journey.

The bloke in the outer poses the dilemma that fearing God appears to be contradictory to the Christian gospel of love, grace and forgiveness. So, what does it mean? Read The Paradox of Fearing God and hopefully you can help! 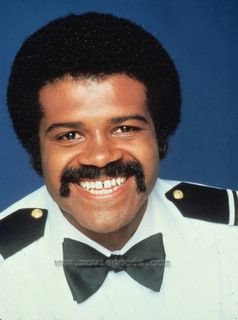 Everybody knows that the best theological discussions take place in a place where the drinks flow freely. At least that's what they tell me. And if we're going to have that discussion, who better than Isaac the Bartender to serve up the posts?

At Parableman, Jeremy talks atonement, sin, peace and deliverance in his thought-provoking Deliverance From Transgressions.

Micah Girl has been teaching her students about the connection between God's love and eternity in "Eternity in Their Hearts."

Following the hoopla around the public unveiling of the so-called Gospel of Judas, Derek from P.I.D. Radio presents an audio post, the beginning of a three-part interview with Craig A. Evans, a member of the advisory board assembled by the National Geographic Society to analyze the document. Craig, a university professor of New Testament studies who has authored and edited over 50 books, brings some sanity to a story that's been blown out of proportion by a credulous news media.

Diane of crossroads: where faith and inquiry meet asks What Would Happen If... our churches were organized just like the First Century Church. Would more people would have more balanced teaching, feel more taken care of, have less control and abuse, and get more out of church? Judge for yourselves.

Finally, movies, television shows... are these good examples of morality? Chris at Welcome to the Fallout says "yes and no" in his post 24, Rainbow Six and Utilitarianism. 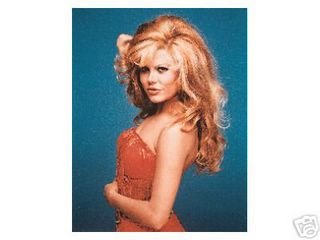 Finally, everybody needs a little coochie-coochie. Ladies and Gentlemen.... Charo! With posts just for fun.

A comic with a point? You be the judge as kneon transitt should not be allowed to blog presents, "The Evangelists".

Martin has a little bit of everything in Sunspots 52 posted at Sun and Shield.

What's the relationship between taxes, the scripture, and soggy bread? OK, Katy at fallible.com hasn't found one, but this is a fun post anyway. It's called They Got Some Crazy Little Scriptures There, And I'm Gonna Get Me One!

Here's an odd question. But you need to visit Wayne's World 2005 and read it for yourself. It's included in Minus 52 Days - Generating Traffic After Easter. 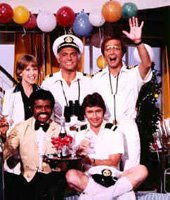 That will bring our little cruise to an end. And so we bid you a fond farewell. My thank you to all the participants and to all of you passengers. I hope your love for your Savior is always exciting and new.
the thoughts of rev-ed at 12:10 AM

Ahoy, Ed! How clever are you? Very fun Carnival presentation. I appreciate the thought and effort you put into it and am looking forward to some really good reading here.

Excellent job, Ed. What a great theme for the week.

Now you'll be having me sing the "Love Boat" song all day.

Great theme. Thanks for the hard work in organizing the posts. lgp

Ed, great presentation, wonderful job. I loved Love Boat. And, I've already found some great posts this week. Sorry I missed out on posting in this one.

Had to laugh at the Carnival Cruise theme. Now I've got that song stuck in my head. Btw on that Freakonomics and abortion one:

In case you're interested, the abortion argument in Freakonomics has been disputed on evidential grounds. Or just google on "freakonomics abortion calculation mistake".

rev-ed
I'm married with three kids, not to mention three jobs. My calling is serving as pastor at a small country church. I also work at a small-town newspaper and do some government work on the side. Needless to say, I'm a busy guy, but you can contact me at rev-ed at verizon.net